Western animation has undergone a revolution in recent years. While 2D animation is still produced by Western creators, the trend towards 3D has been unmistakable. We do not see the same sort of thing in anime. Anime clearly doesn’t have to be 2D, but it often is. There seems to be only a limited amount of interest in making it 3D.

This is not to say that 3D anime is bad. It can be bad, but it isn’t bad by default. Content creators with a good story and top-notch animation skills can make 3D anime every bit as entertaining as its 2D counterpart. So why has the wider anime community resisted 3D? Maybe it’s the ongoing desire to be different.

In its early stages of development, anime was purposely designed to be distinct and separate from Western animation. Those early Japanese creators did not want their work to resemble what companies like Disney were putting out. That’s why they put such an emphasis on drawing more realistic looking characters and creating more realistic storylines.

Fast-forward some hundred years and anime is still competing with Western products. Not only that, but it is also competing extremely well. Anime is currently the hottest form of media in pop culture. You’ll find it all over streaming services and mobile apps. Anime films are popping up left and right. You can even get your hands on anime T-shirts and sweatshirts from online companies like Umai Clothing.

Perhaps a strategic part of anime’s competitive edge is continuing to produce most content in the 2D format. It would make perfect sense if it were true. While the rest of the world is going 3D, maybe anime creators stick with 2D because it’s part of the brand. It is part of what makes anime somewhat unique.

Considering the largely 2D nature of anime leads to another startling realization: live-action adaptations of anime hits haven’t worked thus far. Just ask the creative minds behind the live-action version of Cowboy Bebop. Despite so much promise and a ton of hype, the new Cowboy Bebop was unceremoniously canceled after just a few episodes.

In terms of films and television, there is nothing more 3D than live action. You could argue that live-action adaptations fail because they go too far in changing characters and storylines. That was certainly part of the problem with Cowboy Bebop. But it’s also very possible that the most hard-core anime fans have no interest in live action. And if that’s the case, they may have no interest in 3D animation either.

3. A Traditional Form of Art

There is a key difference between Western and Japanese animation that goes beyond storylines and how characters are drawn. In the Western world, change and innovation are expected. Content creators are always ready to try something new. They are always ready to push the envelope. In Japan, there is a greater emphasis on tradition. Content creators and artists alike feel less pressure to try new things.

Perhaps genuine Japanese anime is a traditional form of art. Perhaps making it 3D would detract from its beauty and mystique. No one really knows because the question hasn’t been asked before. But now that it is on the table, it would be interesting to know why most anime is still 2D.

Even without an answer, it seems unlikely that content creators will go 3D anytime soon. They have a winning formula that continues to generate billions in annual revenues. As they say, “if it ain’t broke, don’t fix it.” And now, feel free to drop the mic.

The ultimate guide to shapewear bodysuits 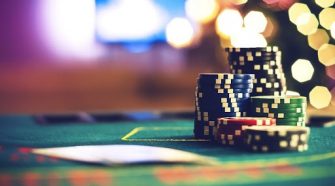 Are you looking for a trusted website for betting?? Qqpoker online gives you the best experience