San Francisco casts itself as one of the most liberal parts of the United States of America, but such liberal tendencies are certainly not extended to the city’s vapers.

That’s because San Francisco has opted to ban flavored e-liquids, leaving vapers with nowhere to go. When the ban comes in next April, vapers will be forced to go flavorless or back to smoking, while San Francisco’s vape shops will be so squeezed they’ll probably go out of business.

An ordinance banning the sale of flavored “tobacco products” was passed by San Francisco’s Board of Supervisors in June, after the public safety committee gave a full-throated endorsement of the move. Extending to menthol hemp cbd cigarettes and flavored cigars, the city is on an all-out attack against smokers and vapers. So much for personal freedom.

Tobacco control advocates run rampant in San Francisco, with their biggest cheerleader being the notorious Professor Stanton Glantz of the University of California-San Francisco. A staunch anti-vaper, Glantz has no time for tobacco harm reduction methods, favoring a hardline anti-nicotine stance, and his positions have thrived in the Bay Area. When Malia Cohen announced the proposed ban back in April, Glantz was alongside her.

Convenience stores and the vaping communities across San Francisco were strongly against the law but were rendered voiceless, with tobacco control advocates drowning them out. It feels like it was far from a fair debate.

CEO of CASAA, Alex Clark, slammed San Francisco’s decision as “shameful”, calling the policy “untested”. In bringing in what is effectively a vaping ban, Clark says that the city has done nothing to address the root issues with smoking, instead choosing to “experiment on their constituents”. By opposing tobacco harm reduction methods, the reality is that many smokers who could have converted to vaping will now just keep smoking.

Irritatingly, there’s no proof that restricting vaping products will in any way benefit the public health of San Francisco citizens. Clark called the decision “emotional”, and he is right, since there is real research displaying the advantages of harm reduction tactics.

What’s perhaps more concerning for freedom lovers in San Francisco is that this flavoring ban is probably not going to be the final restrictive vaping law forced onto the city or the Bay Area as a whole. Tobacco control people are always droning on about protecting the youth from cbd joints (despite teen vaping rates declining) and are prepared to use emotional mistruths to get their way. Where will it end? A total ban on vaping? A total ban on smoking? Who knows? But it’s a slippery slope.

Cohen has argued that she doesn’t want to put small, independent vaping stores out of business, but direct them towards selling products that aren’t a “poisonous commodity” to the community. All of this, of course, despite there being nothing to suggest vaping is “poisonous”. She is indulging in exaggerations and lies.

What vaping bans will do, however, is protect the Big Tobacco companies, whose products – for now at least – will continue to be sold like they always have been, yet without the competition that vaping provides. What Glantz and other tobacco control cronies don’t acknowledge is that by going all-out for vaping, they only serve to benefit the likes of Philip Morris. If smokers don’t have the vaping alternative on offer, then naturally fewer people will end up packing in smoking

It may not be too late yet, but San Francisco vapers will have to act fast. So start bombarding the Board of Supervisors with your personal letters, and let’s try and get this destructive policy reversed.

Different Types Of Male Enhancement Products That You Can Buy Online

Know about the fact of growing values of cryptocurrency wave!!

Tips To Establish Yourself As You Play Online Casinos Slots

The Best of Co-founding And How Their Partnerships Worked!

Why online casinos preferred more are compared to the real ones? Read to find out 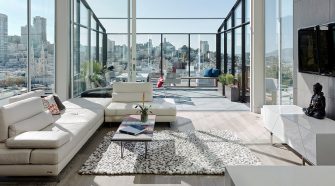 Home Renovation Ideas for Renting out in San Francisco