Actually I Was The Real One

Coda Payments has raised $690 million in funding to enable cross-border payments for games and other digital products, as well as alternative app stores. While the funding amount is impressive, no money will go into the company as existing old shareholders sell their stakes to the new investors.

Smash Capital, Insight Partners and GIC have invested money to acquire a minority stake in the Singapore-based company as it expands into more territories. Bloomberg reported that the company’s valuation was $2.5 billion. And while it’s a secondary recapitalization, it shows investors still have faith in Coda Payments as it grows.

Apis Partners and all other existing shareholders of the company will retain equity positions in Coda going forward.

“We wanted to bring in some new investors with expertise to help the company move into its next growth phase,” said Neil Davidson, executive chairman and co-founder of Coda Payments, in an interview with GamesBeat. “As a company, we have made an interesting journey. We achieved profitability relatively early in our history. And as a result, we haven’t really been on that cycle of new funding announcements every 18 months, with new investors coming in.”

He added: “As our ambitions have grown as dramatically as we have in recent years, we really wanted to bring in some new investors who have experience guiding companies through the growth phase. And so we set out to find these new investors.”

Codashop considers itself a trusted source of in-game currency and other premium content for millions of consumers in more than 50 territories worldwide. And it says it’s the only independent content marketplace with a global presence.

Through Codashop, developers and publishers make it easier for their customers to access the content they love by letting them choose from over 300 convenient payment methods. Coda also operates Codapay, which publishers use to accept the same range of payment methods available on Codashop on their own websites, and Codacash, a closed e-wallet that offers customers loyalty rewards.

Codashop’s first market was Indonesia. Now it operates in about 50 markets, starting in Southeast Asia and expanding to places such as South Asia, the Middle East, Latin America and, since September, Europe. Many of the markets it operates in are emerging markets.

To make a purchase in Codashop, submit your player ID for a game. Then you choose the denomination of virtual currency you want to buy and it will be added directly to the app. The store is directly connected to the API for the game so delivery can be instant. Instead of taking a 30% commission like the traditional app stores do, Codashop charges 15%.

You can pay for the purchase using one of 300 alternative payment systems, such as Venmo or the Cash app. At this time, Codashop on iOS is not allowed to sell apps that are already in the App Store. But it can sell virtual currency that you can allocate to your account in various app stores. And people like to do this for the convenience of paying with a local payment system on their phone or to access special marketing deals, Davidson said.

“Our focus, historically, and at least in the near term, continues to take advantage of the opportunities available to us in the current environment,” said Davidson. “We focus on monetizing the value chain, not app distribution.” 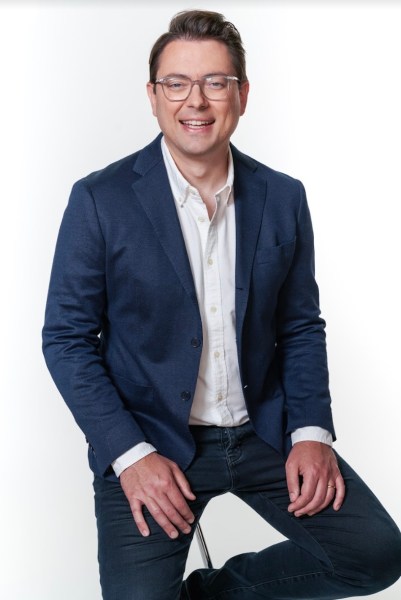 Alternative stores are becoming increasingly intriguing for game companies thanks to a federal judge ruling in the Epic Games vs. apple. Although Epic lost most of its claims (the case is on appeal), the judge ruled in favor of the Fortnite developer, saying that Apple could not prohibit developers in its iOS app store from promoting offers outside of the store. . That, in turn, has boosted the prospects for alternative app stores on mobile devices.

Publishers and developers work with Coda to generate new revenue, lower their monetization costs, and reach new paying audiences. Backed by a secure and reliable payment infrastructure and with a seamless user experience, Codashop allows customers to choose from a wide variety of popular payment methods and enjoy exclusive deals.

For publishers, Coda also acts as a trusted go-to-market partner, ensuring compliance with local regulations and tax requirements, providing market insights, custom marketing support and 24/7 customer service. Coda’s vision is to be the platform of choice to take life’s digital experiences to the next level.

While the Apple ruling drew attention to the alternative app store option, nothing has changed at Apple yet as the order has been postponed until further lawsuits. Some regulators around the world are likely to anticipate the U.S. Court of Appeals ruling in the Epic vs. Apple case, and that could mean it could get complicated around the world to comply with the rules.

“Customers are very likely to find the payment method they prefer on the site. So that’s a big motivation. Another is the user experience. So it turns out that for people for whom in-app billing works well, it’s a great option. But for many Codashop store customers, there are some things about the in-app billing user experience that are inconvenient, such as remembering your username and password associated with an email address.”

The company employs more than 500 people. Davidson said Codashop hopes to help publishers and new users alike discover games through its store, as the mobile game industry has become extremely cutthroat. As game companies deal with Apple’s commitment to privacy rather than targeted advertising, this kind of discovery will become more important.

“We really have a huge opportunity here. That’s going to unfold over the next few years,” said Davidson. “And that’s what they wanted to be part of in that story. And I think the validation comes from our track record. We’ve really grown incredibly fast over the past few years. I think that has given our new investors confidence that we have tapped into a real trend here.”

was original published at “https://venturebeat.com/2022/04/14/coda-payments-raises-690m-for-cross-border-payments-and-alternative-app-stores/”