Consider The Big Picture To Negotiate After Home Inspection

Online casino apps aren’t necessarily the first thing you would think of as the site of a charitable campaign. But Playtika and House of Fun Impact recently ran such a campaign and the public was reportedly very excited about it.

HOF Impact is the community initiative of Playtika, the entertainment company behind the online slots game House of Fun. Recently, HOF Impact teamed up with Dots Eco to organize a specific charity event. According to the people behind the campaign, the players were very enthusiastic about the ecological goal.

How do you involve slot machine players in charities? HOF Impact said the key was to make it part of their regular play.

House of Fun and the forest

Playtika founded House of Fun Impact as a way to leverage the House of Fun community for good. It’s not the company’s only recent connection to charity: It donated $100,000 to the Red Cross Ukraine Vocational Fund after Russia’s invasion of the country.

Last month, HOF Impact and Dots Eco ran a campaign to benefit the Nez Perce-Clearwater National Forests. The forest department tried to replenish the population of western white pine trees in the forest after it was destroyed by disease. According to HOF Impact, the users chose this charity from a poll. Nadav Gross, CEO of Dots Eco, said at the time: “We are delighted to see House of Fun take such an important cause on board and turn it into a campaign that aligns with the fun of their game and the passion of their player community. Working with the HOF Impact team, we can’t wait to see the trees firmly planted on the grounds of Nez Perce-Clearwater National Forests!”

Tal Friedman, the general manager of House of Fun, said the app has maintained a fairly consistent audience over the past 10 years. The Nez Perce Forest initiative wasn’t the first charitable effort — in Christmas 2020, House of Fun planted 30,000 trees in Yosemite National Park on behalf of its top players.

“This year we wanted to do something more fun and interactive… . We wanted to convert playtime into environmental impact. First, we sent a survey to the game and asked players if they were interested in an in-game activity. We know the main reason they come is to play, and they don’t want anything to get in the way. Then we gave them a few charities that we raised through Dots Eco. They voted for the reforestation.”

To get their players involved in the charity campaign, House of Fun organized a play-to-plant initiative. Players would complete in-game missions to plant trees in the real world. In the four-day event, players filled a progress bar on a dedicated platform in the app while doing their usual gaming. Players who reach milestones on the progress bar will receive in-game items and recognition of their progress. They could plant a maximum of two trees per player.

In total, House of Fun players funded the planting of 108,000 trees. The company gave players who took part in the activity a special certificate as a thank you for their help. According to Friedman, the forest service will plant the trees next month. 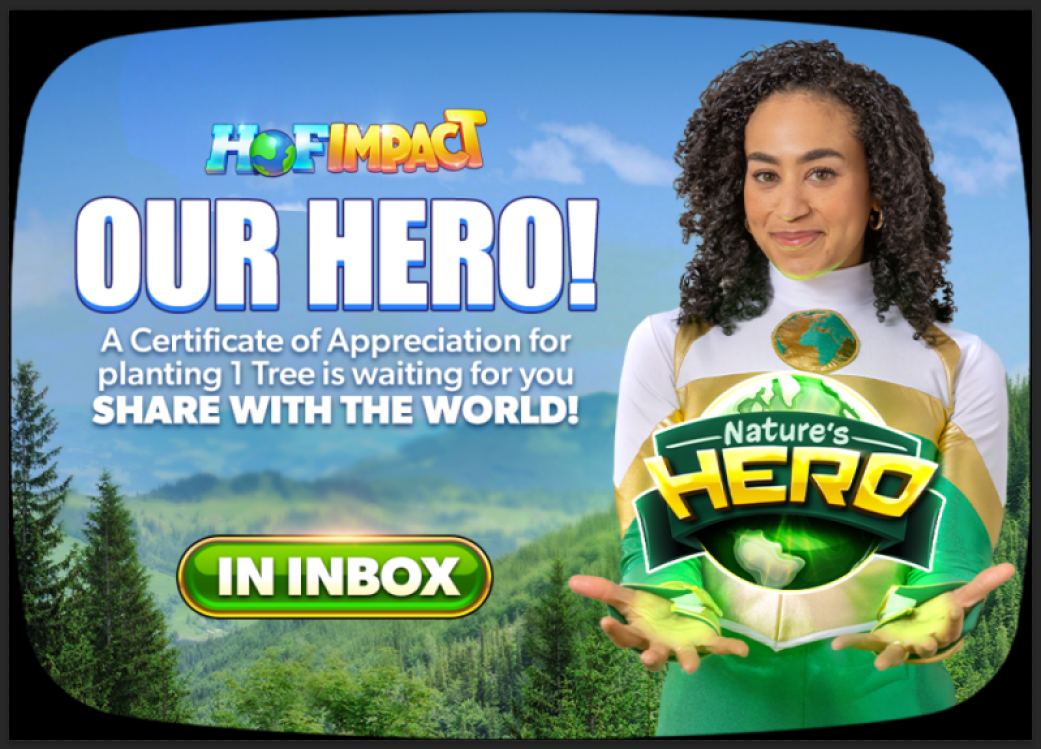 When asked how the public responded to the charities, Friedman said it was positive across the board. “When we had the normal player satisfaction surveys, we saw an amazing percentage for this activity – higher than almost any activity we’ve had before, and we have a lot of them. In addition, we have many social activities. We saw crazy engagement on our social channels. Players wanted to guess how many trees we planted and handed out their certificates.”

Since then, House of Fun has run at least one other major charity campaign: HoF for Ukraine in partnership with Unicef, where players were able to help send 36,000 aid packages for refugee children. According to its Facebook page, it has achieved this goal.

Friedman said they will make it easier for players to reach contribution milestones in the future. “We saw that the more the player could contribute, the more engagement we saw. We understood that next time we have to make it feasible for more players.”

was original published at “https://venturebeat.com/2022/04/14/house-of-fun-impact-on-running-charity-promotions-within-a-mobile-casino/”