Modding platform Mod.io is one of the companies that believe modding has gone mainstream, and it has 300 million downloads to prove it.

The Victoria, Australia-based company believes big game publishers are ready to embrace modding in a much bigger way, which was one of the reasons the company raised $26 million in November from the likes of Tencent and Lego Ventures. .

Mod.io’s passion for modding is echoed by other modding companies such as Overwolf, which have raised $127.5 million for the same purpose. And then, of course, the other standout is Roblox, the user-generated content platform that is a leading competitor to the metaverse and has a market value of $25 billion.

After two decades of watching games and modders, Scott Reismanis, CEO of Mod.io, believes modding is going to be gaming’s next big thing.

“The strategic reason studios should think about modding is that it’s a way to build a community that allows them to move faster and grow their business in a much bigger way,” he said. “The challenge has always been that it has always happened remotely. Studios have had no real insight, visibility or control or access to their community as it has always happened outside of them be it on ModDB, Nexus Modes or other websites. And that’s really where I think it’s changing.” 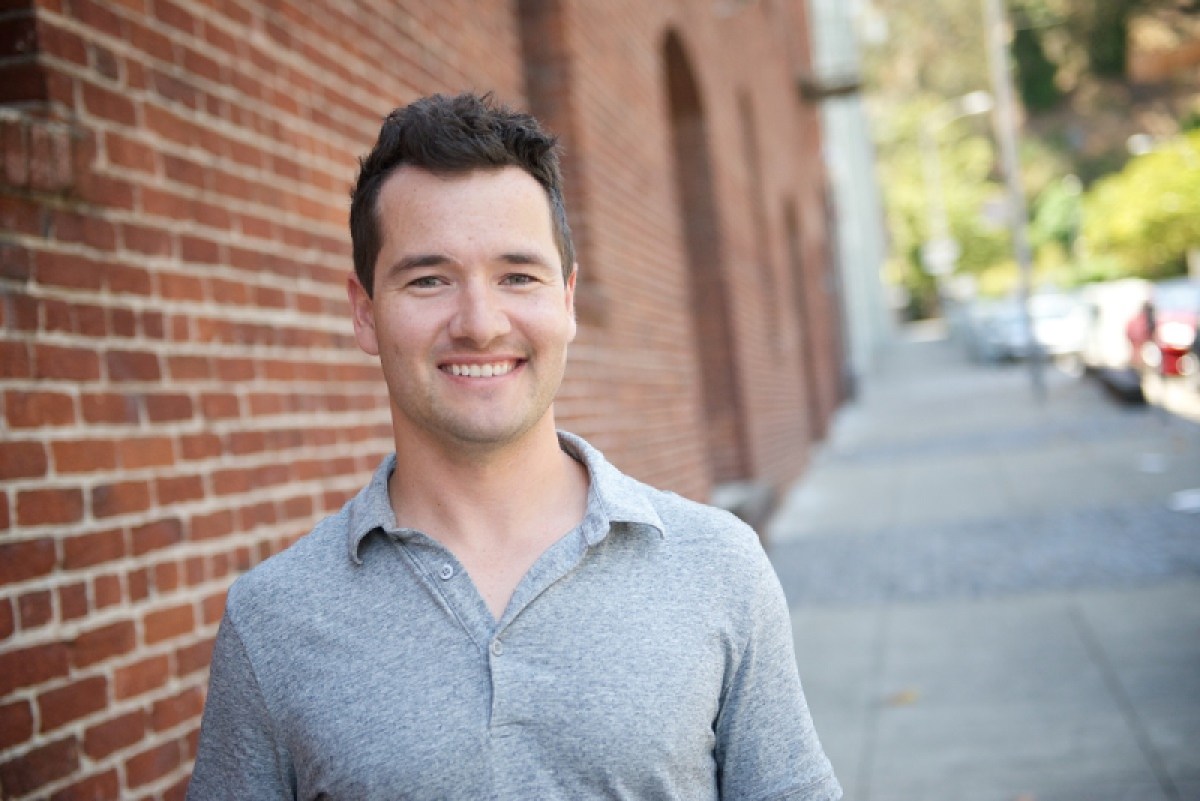 Scott Riesmanis is CEO of Mod.io.

On Mod.io, six mods were downloaded every second in 2021. Last year, the company saw a nearly 300% increase in the number of mods created and a 250% increase in mods downloaded by players. In SnowRunner, players have downloaded more than 100 million mods.

The company has improved its community tools and will soon launch the next phase of its user-generated content platform to enable studios to embed mods and UGC deep into their games and communities. Youngsters can use mods to break into the gaming industry.

He said, “For students thinking about this, whether they already have a game that’s out with a community or not, I think it’s an opportunity.”

Mods and UGC are so intrinsic to the evolution of the gaming market that studios that overlook their potential miss out on huge revenue streams that could help keep their games relevant and popular long after they’re released, Reismanis said.

“Roblox is interesting because they’ve helped a lot of people understand how great user-generated content can be when done right,” he said. “And so they are partly inspiration for us. We think, in the longer term, that Roblox is the ultimate sandbox that puts everything in the shadows. But we’re going to see all these kinds of vertical creation communities pop up that make creation possible for people who want to play a really great first person shooter mod.

He added: “The time has come, and it probably took until Roblox went public for it to really become a mainstream conversation. It’s been around historically for decades. And of course Counter-Strike and Dota and PUBG are all part of the most innovative new genres to emerge from the scene.” 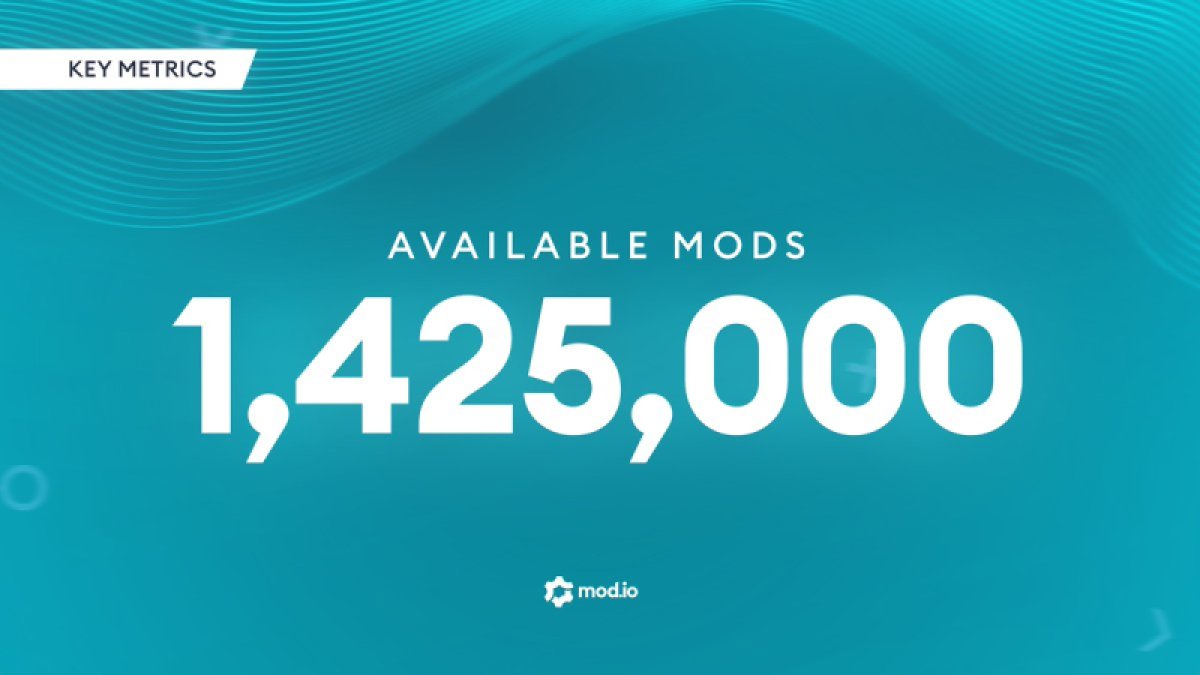 Reismanis has been at the heart of the modding community for two decades through his creation of ModDB.com and Mod.io. He predicts that by 2025, $1 for every $10 spent on video games will go to UGC — a 400% increase in estimated spending by 2021, meaning user content could account for a staggering $25 billion globally by 2025. .

Reismanis launched ModDB.com in 2002 to bring players and aspiring developers together in the emerging PC game modding community. Subsequently, Reismanis realized the potential for user-generated content as a service for studios and publishers with the creation of Mod.io in 2017. By 2022, Mod.io will be live in more than 100 games on PC, console and mobile.

“UGC gives players both control and opportunities; naturally, [it’s] a game version that is more dynamic and engaging than a game with no creative possibilities,” he said. “When a feature like this thrives, especially one that opens up limitless possibilities from both the studio team and those playing it, entirely new worlds and gameplay mechanics begin to emerge, opening the door to new ways for studios to engage with fans.” to come.”

How the hub works

Mod.io’s game hubs connect players to official mods provided through the hub. Talented mod creators upload their content to the hubs and the content is curated for quality by Mod.io and then delivered to players in games on PC, consoles, virtual reality and mobile.

“Modding has traditionally been something that is useful after launch. And it’s getting earlier and earlier in the game development lifecycle,” he said.

Two of the popular games with mods in Mod.io are SnowRunner and Skater XL, both of which have deep mod integrations. Mod makers create their mods and upload their creations to a central game page, which also serves as a hub for new and popular mods.

“The goal is always to work with games across the industry and do a lot of different things,” he said. “There are new maps for shooters. Mods can be new level design or cosmetic design to show off RPGs. It’s not a particular genre.”

A filter allows players to search mods by creator, content type, and rating. The mod content is uploaded and shared in seconds and then curated by Mod.io for brand safety and compliance. Players can subscribe to mods for certain games and be notified when new mods appear.

“Once your players are all set up, they can play their game with custom content their way,” he said. “We believe that modding and the new type of content is the best type of content in games. Making that accessible and powerful for players and studios to take advantage of, and then aligning all of that and linking it to their business models is really where the future lies.”

Mod.io has about a dozen triple-A games with deeper integrations in the works. The company has 36 employees. They don’t make mods, but they are working on creating a framework to allow studios and players to use the hub. Fans can vote for them.

“Our goal is to make it super accessible, polished and very presentable,” he said. “We do that by offering plugins, free media, stats, discovery, collaboration and community communication, comments, ratings and subscriptions. We provide all the moderation and security elements to generate brand-compliant revenue.”

The company has a wide variety of games with mods available, from first person shooters to vehicle simulations, with a range of cartoonish art to ultra-realistic. Many PC games have embraced mods for a long time.

“But making it more accessible means that more casual games that appeal to a wider audience are ultimately where we want to go, and mobile is almost a greenfield,” Reismanis said.

He added: “The challenge has always been that it always happened remotely. Studios have had no real insight, visibility or control or access to their community as it has always happened outside of them be it on ModDB, Nexus Modes or other websites. And that’s really where I think it’s changing. 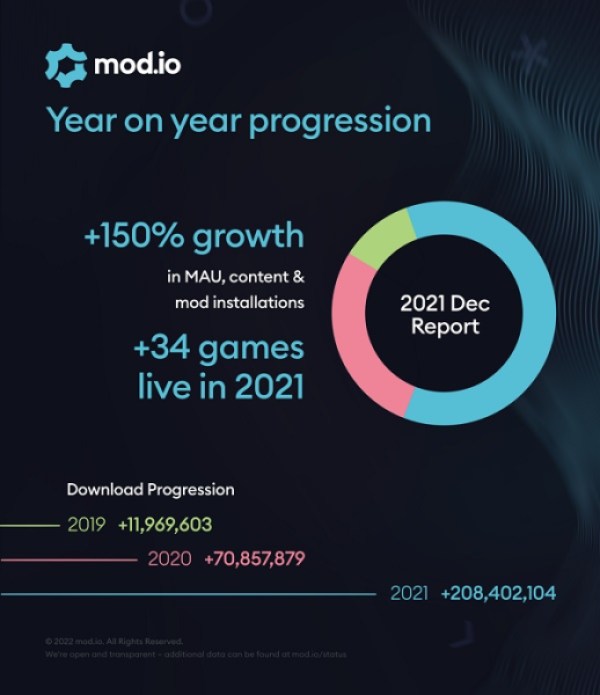 The large numbers of modding.

Reismans said: “There are 1.5 million pieces of content on our system and the reporting tools that we use and that studios need help to manage that in a very streamlined way. Obviously the best way to reinforce and encourage good behavior encourage through creator events and recommendation algorithms because of course 99.99% of merchants are good actors who do it for the love and passion of the game.

He said Mod.io reinforces good behavior by bringing out the best content and providing incentives for it.

“There are stories now and then and they generate press. It’s really in the scheme of everything that’s been created and what’s actually happening,” Reismanis said. “It’s a very extraordinarily small percentage because this process is in place to manage it.”

This post Mod.io: How modding is entering the gaming mainstream

was original published at “https://venturebeat.com/2022/04/15/mod-io-how-modding-is-moving-into-the-mainstream-of-gaming/”

How To Join Online Sabong Philippines