QuestoWorld is a kind of real world metaverse where players complete quests by walking outside. And it will soon be rewarding players with non-fungible tokens for walking outdoors and buying virtual real estate.

The company considers its Pokémon Go-esque game to be a kind of gaming NFT metaverse (the universe of virtual worlds all connected together, as in novels like Snow Crash and Ready Player One). built on top of the real world and the Ethereum blockchain network.

Unlike other NFT gaming projects, this game makes people go out and walk around to find things. It is similar to geocaching or Pokémon Go. But it differs in that it uses what’s already in the city: statues, buildings, small elements, CEO Alex Govoreanu said in an interview with GamesBeat.

“It’s an economy we’re building,” he said. “I understand that people are more convinced that metaverses are only virtual. But for us, a metaverse can also be something built on top of the real world. What’s important to us is that it’s a community of people who are digitally connected.”

More than 200,000 players have already tested the role-playing game (RPG) and have walked more than 500,000 kilometers while solving challenges in more than 140 cities.

The players can play user-generated content (UGC) or games created by locals (writers, guides, copywriters, etc.) to allow fans to appreciate a place in the real world. 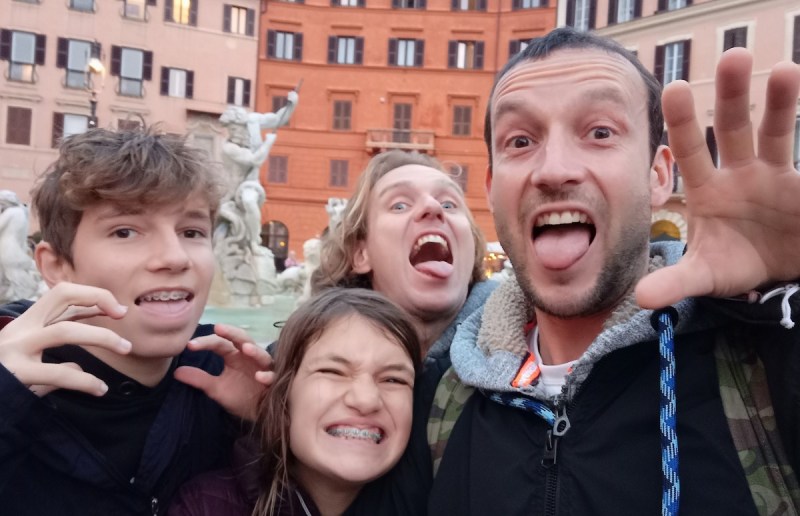 QuestoWorld sees the real world as a playground for your imagination. You can imagine a world of games conceived and built by a global community of storytellers, dedicated researchers and game designers, Govoreanu said.

You play these games in real life (IRL), and you can discover new places and their backstories. It’s another way of looking at the metaverse, as most seers see it as a 3D virtual world you visit through computers or futuristic virtual reality headsets. In those worlds, real world interaction is minimal.

But this version of the metaverse is more like Pokémon Go, where you can see things in the real world that you can identify through online data. Govoreanu has a different view of the future where the company will build an entertainment layer on top of the real world. This enhances the real world, rather than ignoring or replacing it.

QuestoWorld consists of community-owned realms of imagination. The Realms are NFTs that allow people to create and enjoy real-world RPGs and more. The first set of Realms will be launched soon and will contain 3,500 unique digital items, or NFTs, that can be verified via the blockchain.

The Realms are linked to spaces in the real world where games can be built. Game makers and players will collaborate on real game projects – creating a network of games; a metaverse powered by stories.

Realm owners get proof of real ownership in the form of non-fungible tokens (NFTs), unique digital assets stored on the Ethereum blockchain. Each realm is a layer of imagination built on top of the real world.

You can walk around the city to solve puzzles by interacting with your environment to discover new places, Govoreanu said. 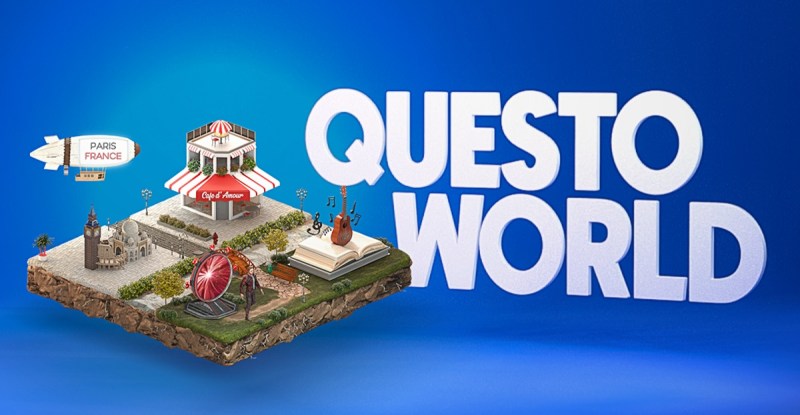 The company started working on the technology more than five years ago as a way of imagining a layer on top of the real world. Govoreanu began to think about it while exploring Rome. He felt that travel was broken because he was simply following in the footsteps of hundreds of thousands of people who had done the same.

“It felt impersonal. And what we thought at the beginning was that with any kind of travel, it should be just as valuable to the locals as it is to the travelers,” he said.

QuestoWorld was built as a “pain reliever” for travelers who were tired of imitating others. Govoreanu wanted to learn cool local stories about the places he visited. Or he wanted to solve challenges and be motivated to walk around.

Each game has 10 to 15 chapters with clues, challenges and stories. Each chapter is a combination of text, images, videos, and audio.

“Soon we will also add other features such as a compass, and by the end of the year we plan to also add AR scenes to enhance the stories,” Govoreanu said.

The Bucharest, Romania-based team has 25 full-time employees and has raised $2.2 million so far. There are employees in seven countries. 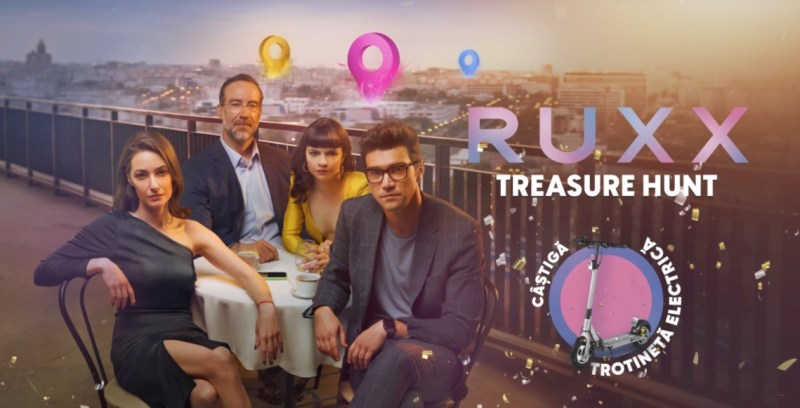 A treasure hunt in Bucharest in collaboration with HBO Max.

Today, there are more than 300 games available in 140 cities around the world.

“Each of them is unique,” Govoreanu said. “And in each one you play the role of a different character. For example, one of our most successful is in Rome. You play the role of Robert Langdon, the main character from the movie and book Angels and Demons.”

Your job in that mission is to save the papacy. You have to overcome challenges like finding a hidden code or an inscription on a building. (The game is not based on any license from the author/publisher, so it won’t go into much detail). And QuestoWorld tells you about Rome and the places you visit during the trip.

The most successful game is set in Paris, in a romantic neighborhood on a hill. You play the role of lover and you find out at the end of the game if the couple is still together. You will learn about many romantic stories related to the city.

“The main vision has always been to open the platform at scale,” Govoreanu said. “Because what we want to do is turn the whole world into a playground.”

Players use the Questo Creators Room on the company’s website to create their own games. The user-created games are rated and the team provides feedback. Then it is released into QuestoWorld. Help players in the community rate the best games in the app. 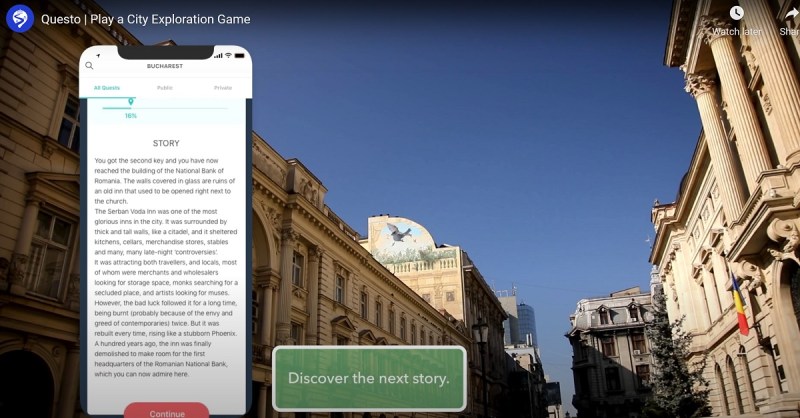 After a search in QuestoWorld.

Many people are also interested in seeing places where movies have been shot, such as the Game of Thrones settings in Croatia. QuestoWorld is collaborating with HBO Max on a project for a game in Bucharest.

Sometimes the games draw crowds for special events. During COVID, the company discontinued these events. But it has started to pick them up again. In places like San Francisco, Govoreanu hopes to see games about haunted houses or characters. One of his favorite creators is a 65-year-old woman in Glasgow who created a game about the haunted places in that city. Her games have great reviews and that’s how players find the content.

“People like this really gave me a lot of energy because I never imagined working with them,” he said.

As for the NFTs, the company will scatter 100,000 digital objects around the world, and each one will be an NFT. Players can own tracts of land associated with specific places such as Montmartre in Paris. Players can simply play, create games, or own Realms. Whatever revenue the games generate, QuestoWorld plans to share a large portion with the creators (currently 75%).

“Your incentive will be to let players create and build on top of your country,” he said. “It’s like getting passive income.”

was original published at “https://venturebeat.com/2022/04/08/questoworld-rewards-players-with-nfts-for-walking-outdoors/”