When I started up Tiny Tina’s Wonderlands, I wondered why it wasn’t called Bunkers & Badasses. That’s the name of the game in the universe that the characters play. And it’s much more indicative of what you’re getting than ‘Wonderlands’. Add Tiny Tina’s name if you really must have the surf, but calling it “Wonderlands” implies a level of fantasy influence that this game doesn’t really possess.

If that sounds like a condemnation, it’s not meant to be. Wonderlands is essentially a tabletop RPG campaign curated by the unusual titular character. It has a lot of good, light-hearted humor and it’s fun to play – that’s all it really needs to make it a new entry in the Borderlands series. What it doesn’t have is a distinctive flavor of its own, despite its best efforts. 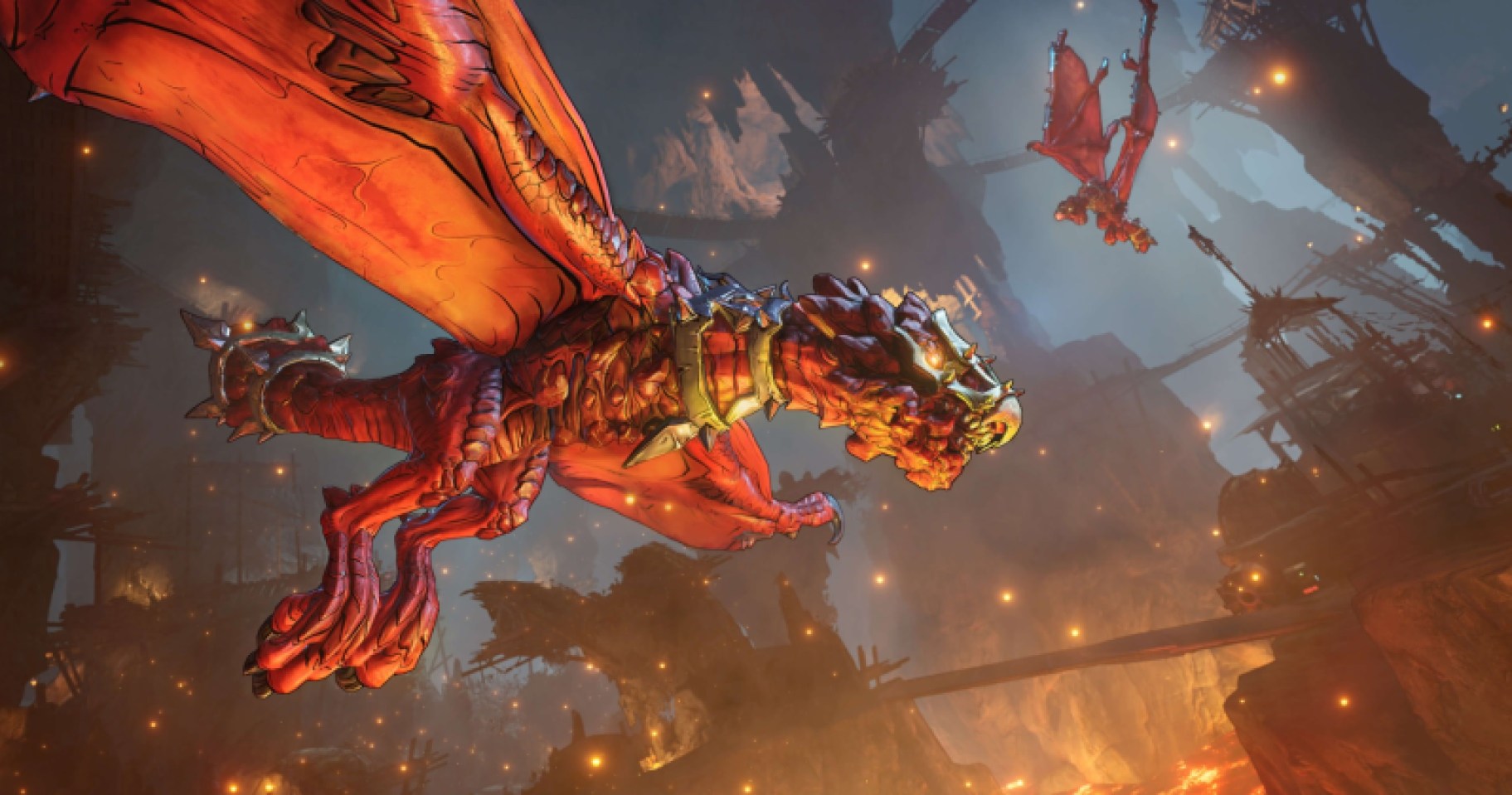 Tina knows how to describe her monsters.

Let’s get straight to the point: if you liked Borderlands, then you have a good chance of liking Tiny Tina’s Wonderlands. The gameplay is similar – almost identical – to that of the main Gearbox series. It also retains the series’ signature humor, in that the jokes don’t always land, but they are always told with conviction and at maximum volume.

I mainly played a Spellshot, the Wonderlands equivalent of a magic class. I naively thought this would be the class least likely to play like the typical Borderlands game – I’m not sure why in retrospect. But when my character picked up an assault rifle, I dropped the idea that this was going to be anything but another Borderlands. 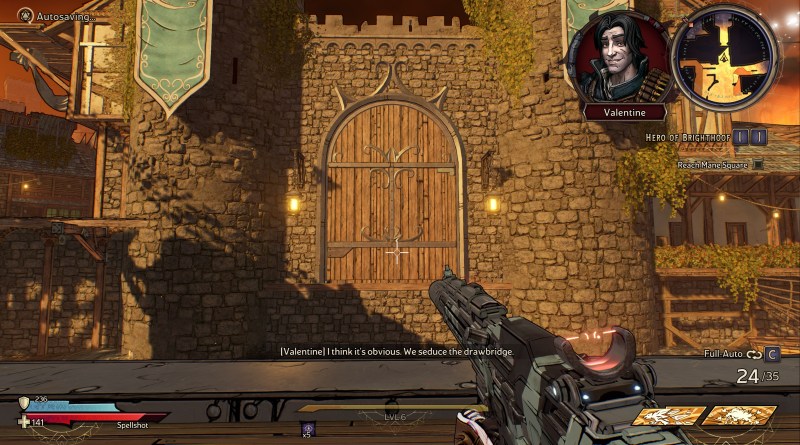 In fact, it’s been a struggle to even get my thoughts on this game, because every way I can think of describing it goes back to Borderlands. It is a first-person looter shooter with cartoonish animation and a touch of humor. It’s Borderlands with a vague fantasy filter and Tina’s rambunctious commentary overlaid.

Wonderlands differs from Borderlands in a number of ways. My favorite is the in-game map. The game is not an open world, but rather a series of environments connected by an overworld. Tina’s hand is evident in the setting, and the player’s character turns into a miniature of himself (somehow makes my hideously ugly Spellshot even more so). 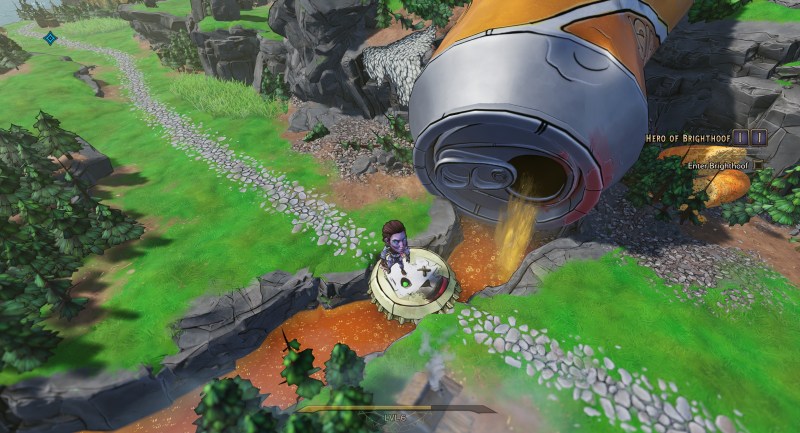 Tina’s Overworld is my favorite area in the game.

From this overworld you will travel to the various smaller environments, and you will also have random encounters. These little fights are Wonderland’s bread and butter, and I’ve enjoyed them. It’s basically Borderlands in short, bite-sized chunks, which is how I like them best. You take out a bunch of random enemies, pick up the loot, take it to the nearest kiosk for profit, and so on.

The overworld has the most visual charm of the game and it also saves a lot of time during transport. Getting to my destination by running my deformed miniature over a bridge made from a bottle cap is much more fun than wading through the millionth of an entire environment. It’s the first and best impression Wonderlands makes as a fantasy game. 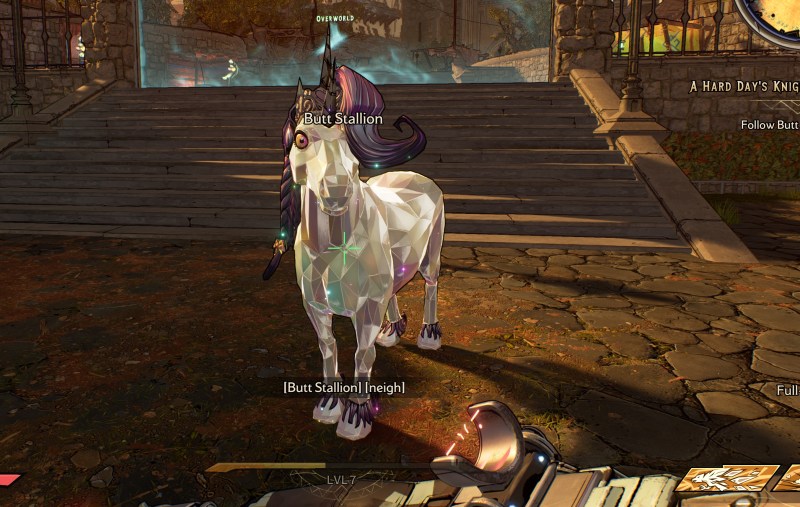 Butt Stallion is a recurring character… there’s a phrase I’ve never said before.

With few exceptions, Wonderlands also keeps the combat fast and rewarding. In a few places it started to feel like a battle of attrition, but those are generally not common. I usually had enough resources and loot that I never felt overwhelmed. The addition of magic to the formula is a bit disappointing. I often forgot it was even an option to use, because the weapons could handle more than anything.

The characters are good too, for a Borderlands game. As usual they couldn’t say anything to gravitas if their lives depended on it, but that’s forgivable considering who the DM is. Also, I wouldn’t normally say anything about this, but the character customization in Wonderlands is great. Coincidentally, I started playing this game at the same time I was creating a new TTRPG character, and the experience of creating both that character and my Wonderlands Spellshot was remarkably, pleasantly similar. 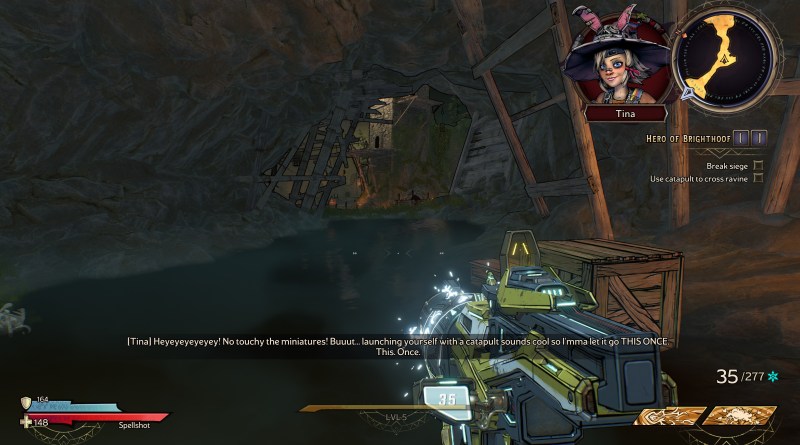 Tina runs her game on the rule of cool.

But here’s the question that haunts me: if this game wasn’t explicitly tied to Borderlands – if this was just a fantasy adventure story created by Gearbox and presented as a standalone experience – would it make it? My answer would be, “No.” Much of the humor and interest is too closely tied to the story and characters of the previous games – too much for the game to really have an identity of its own.

That’s not to say Wonderlands isn’t cute and funny. It is! If you were just getting started in the series and wanted to test your tolerance for it with Wonderlands as a benchmark, you could certainly do that. This is mainly because the game’s attitude is fueled by Tiny Tina, the most consistently funny Borderlands character. And here she is in her element as a cranky, somewhat unsteady dungeon master. 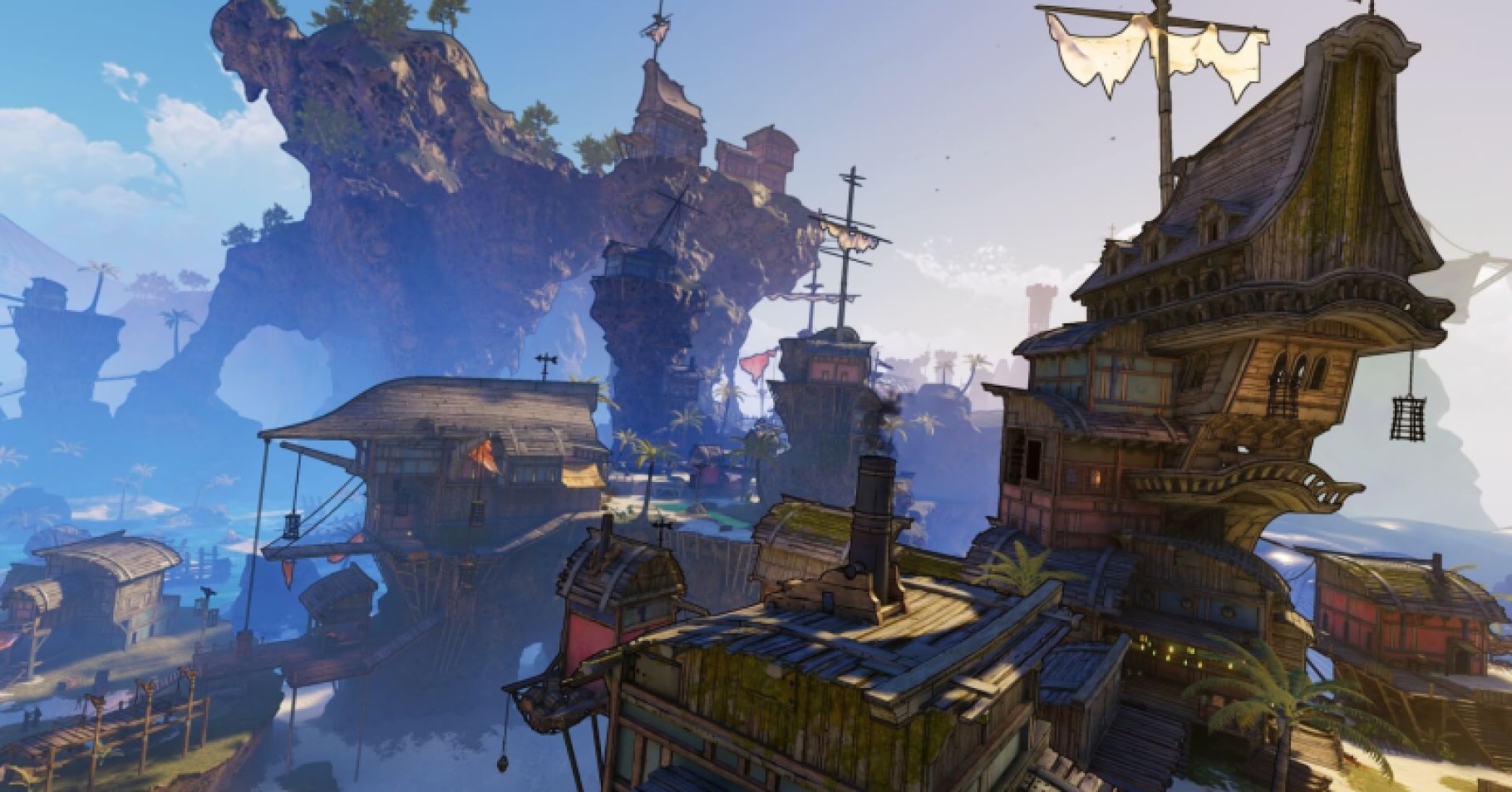 The Wonderlands is one of my favorite Borderlands settings.

For all the giggles Wonderlands gave me, a lot of the humor is based on certain Borderlands tropes that have never been my thing. My biggest problem is that if the series has one good joke, it grinds the joke to the gums and wrings out all possible humor.

Here’s an example from the very beginning of the game, the first time I actually noticed the problem. You clear a village of enemies and Tina asks you to revive a wounded villager. Your companion says something about saving ‘her burp’. Then, when you bring her back to life, she’ll thank you for “saving my peasant.” Okay, chuckle chuckle.

When the conversation is over, you’ll see that the character is marked “farmer-donkey-farmer.” And now Wonderlands began to test my patience. I recoiled a bit from the character and she says something about her “farming ass”. At that point, I would have given anything to give my character a chance to take a hammer on Tina’s miniatures. And this was far from the only time this happened.

Maybe it was me too, but it started to get me through a few hours. It’s a game that is fun in small chunks, but not really for a long time. And after a while I felt like I had seen as much of Wonderlands as I needed to. I think even the most die-hard Borderlands fans will take their hands off their keyboard/controller at some point and say, “You know what? That’s enough Tina for the foreseeable future.”

Tiny Tina’s Wonderlands is currently available for PlayStation 4 and 5, Xbox Series X/S and One, and PC. Gearbox has provided GamesBeat with a PC code for this review.

was original published at “https://venturebeat.com/2022/04/06/tiny-tinas-wonderlands-review-bunkers-badasses-borderlands-again/”

Be My Lady Lyrics

How To Register Dito Load